“I want to mosh right now”

I found free parking on Wilcox, just off Selma 🙂 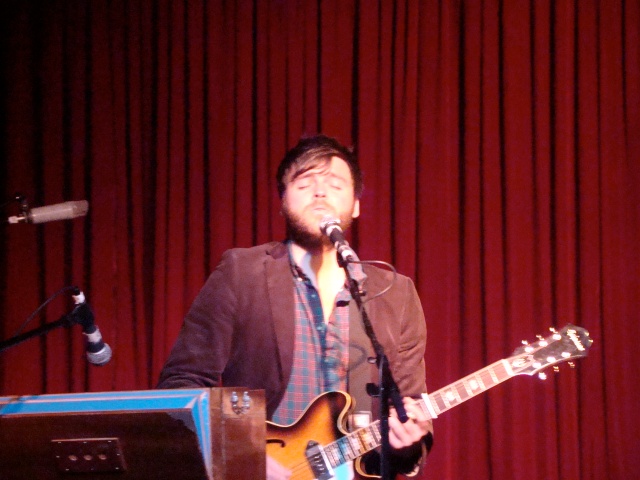 Saw Brandon the Sideman take centerstage and absolutely kill it. He had my favorite line of the whole night: 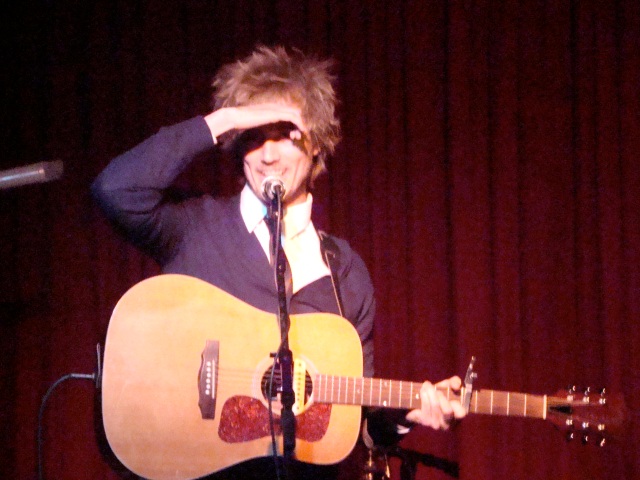 I played one-time waitress to the ladies in Raining Jane.

I bumped into Meiko, literally, and though we haven’t had a proper chat since I left (I think it was April), she took it upon herself to start spelling my name. It was really cute and the epitome of what it is about Hotel Café that has kept me coming back these past 5 years.

…but unfortunately, I forgot to charge my camera battery so that was all I got. Matt did a such a great job too, especially in comparison with last year where he kind of choked, so it sucked that I couldn’t get that.

I also couldn’t get Buddy with Meiko and Holly Conlan doing a cover of Milkshake.

There were lots of hugs and lots of, “So how’s Vancouver?” followed by a 2-min recap of the border crossing story. (Strangers must know that story by now.)

There was also LOTS of standing. I got there at 7:15 and didn’t leave until 1 something. At one point, for about 3o minutes, I just went into the front room, plopped down, put my feet up and played Angry Birds.

The above quote was from me under the influence of the Bailey’s concoction that Austin made for me. Thankfully, the notion passed as quickly as it came, which was good considering that it was during one of the super mellow portions of the night.

All in all, I saw pretty much everyone perform with the exception of Matt Hales (Aqualung) and Brian Wright. I’ve seen Brian quite a few times before though so I don’t feel too badly about that.

On the way home, I stopped at this roach coach on La Brea & Venice that I have always wanted to check out and which just got a mention in Los Angeles Magazine’s feature on the best Mexican food in LA and OH MY GOD 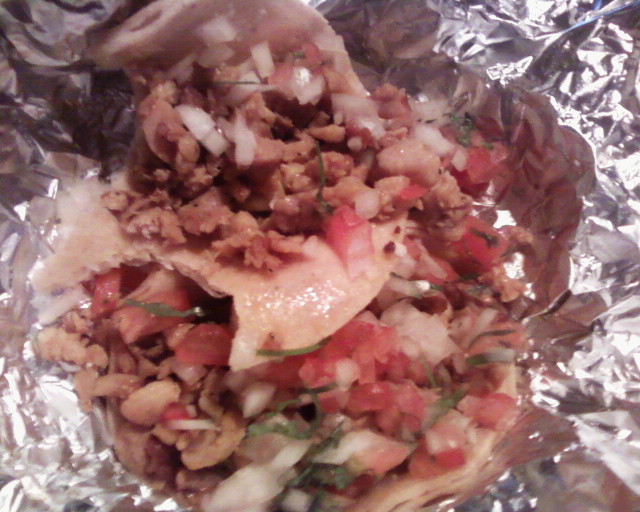 We all know I’m a big proponent of local, sustainable, organic, ethical but holy laughing Buddha on a lotus these were maybe the best tacos I’ve ever had! And if not the best, certainly in the top 3. I don’t know how they do it. I don’t care. I’m going back.