I forgot to take a picture of the sign at the entrance so I found this one online. Everything else I took. 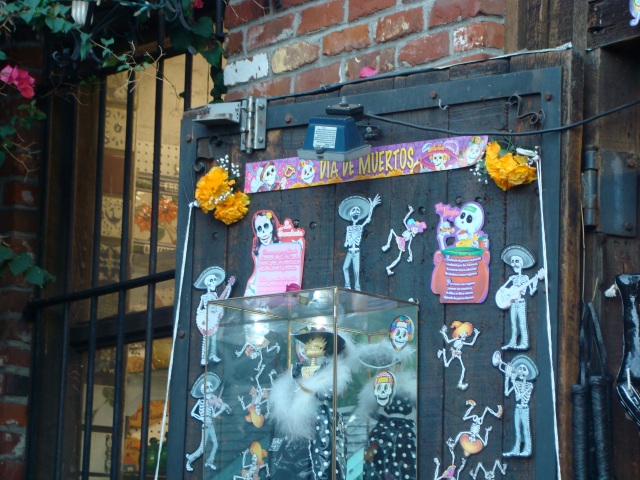 I can’t be certain but I think I need those shoes.

Our Lady Queen of the Angels 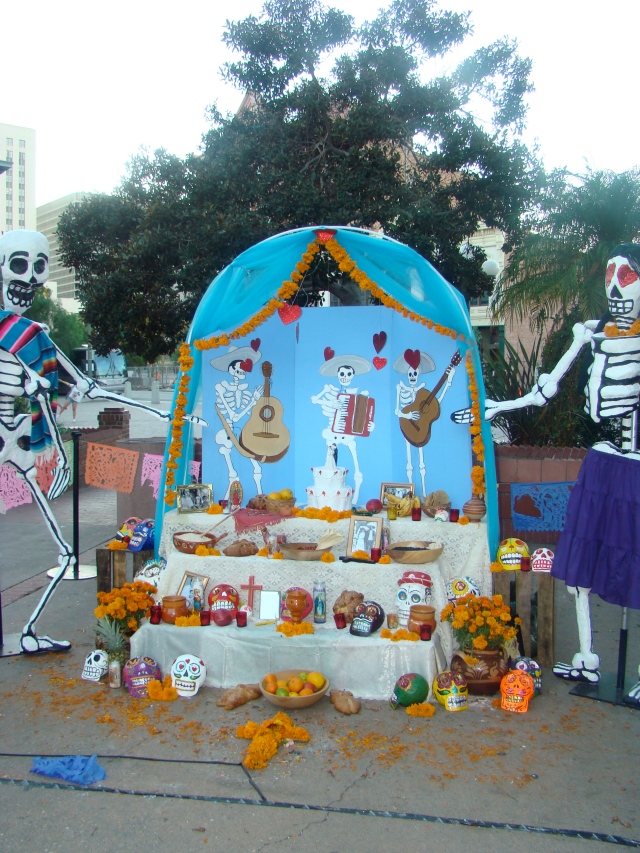 I think there was a competition going on. My favorite’s the first.

Gee, I wonder who wins this game… 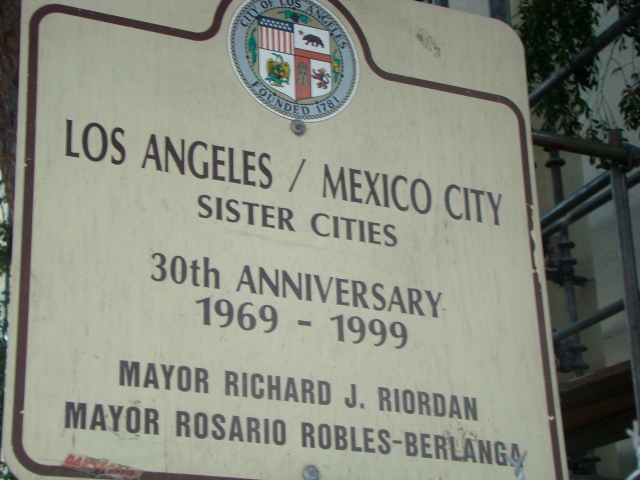 Does that mean they’ll give me a visa because…vamos. 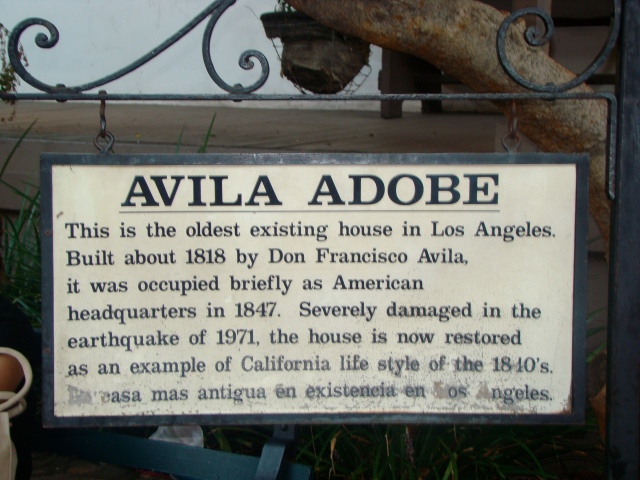 I am such a language nerd. That “mas” should have an accent mark because without it, it means “but” instead of “more,” and it needs to mean more because more plus antigua, old, means oldest. And this has been your Spanish grammar lesson for the day.

I wish I had gotten there earlier as they have free tours of the place but, there were slightly more pressing things to take care of today. 🙂 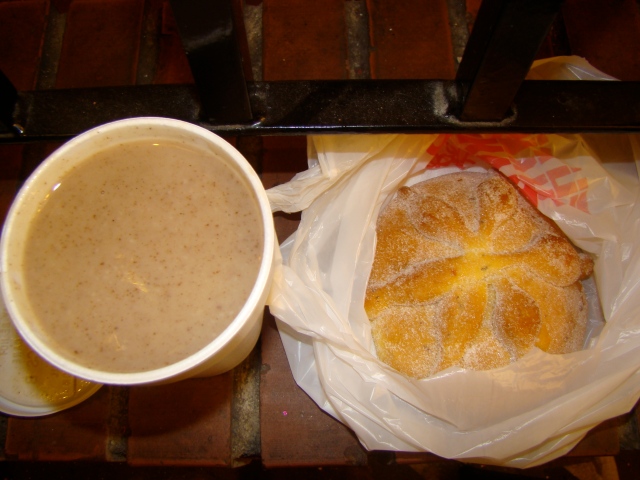 Champurrado is a Mexican hot chocolate made with masa (a type of corn flour), piloncillo (unrefined whole cane sugar), water or milk, and cinnamon, anise seed, and vanilla extract, depending on the recipe. It is typically served for breakfast or a late snack and is common during Day of the Dead and Christmastime.

Pan de muerto, bread of the dead, is lightly sweet, kind of like a very dense donut. It is typically eaten at the gravesite or the altar of the deceased, as well as their other favorite foods.

An aside: my brother taught me to make this sandwich that he’d learned to make in jail called “The Hookup.” It is the most ridiculous thing I think I have ever eaten. Basically, you make tuna, like regular tuna, and put that on one piece of bread, and then make a serving of Cup of Noodles (or Top Ramen) and put that on the other piece of bread. I think there is also a slice of cheese. I think I’ve only had it 2 or 3 times in my whole life but, it is delicious!

A few trinkets I bought.

Hmm…remember when I started working at Berlitz so that I could transfer to their offices in Costa Rica and live here and have that view in image 17 of 18, but then they paid me like I was an immigrant to work with immigrants: 2 delightful Spanish girls

a narcissistic Hungarian model and a lonely, but sweet Japanese woman–so I had to quit?

I’ve been trying to jump ship for quite some time.